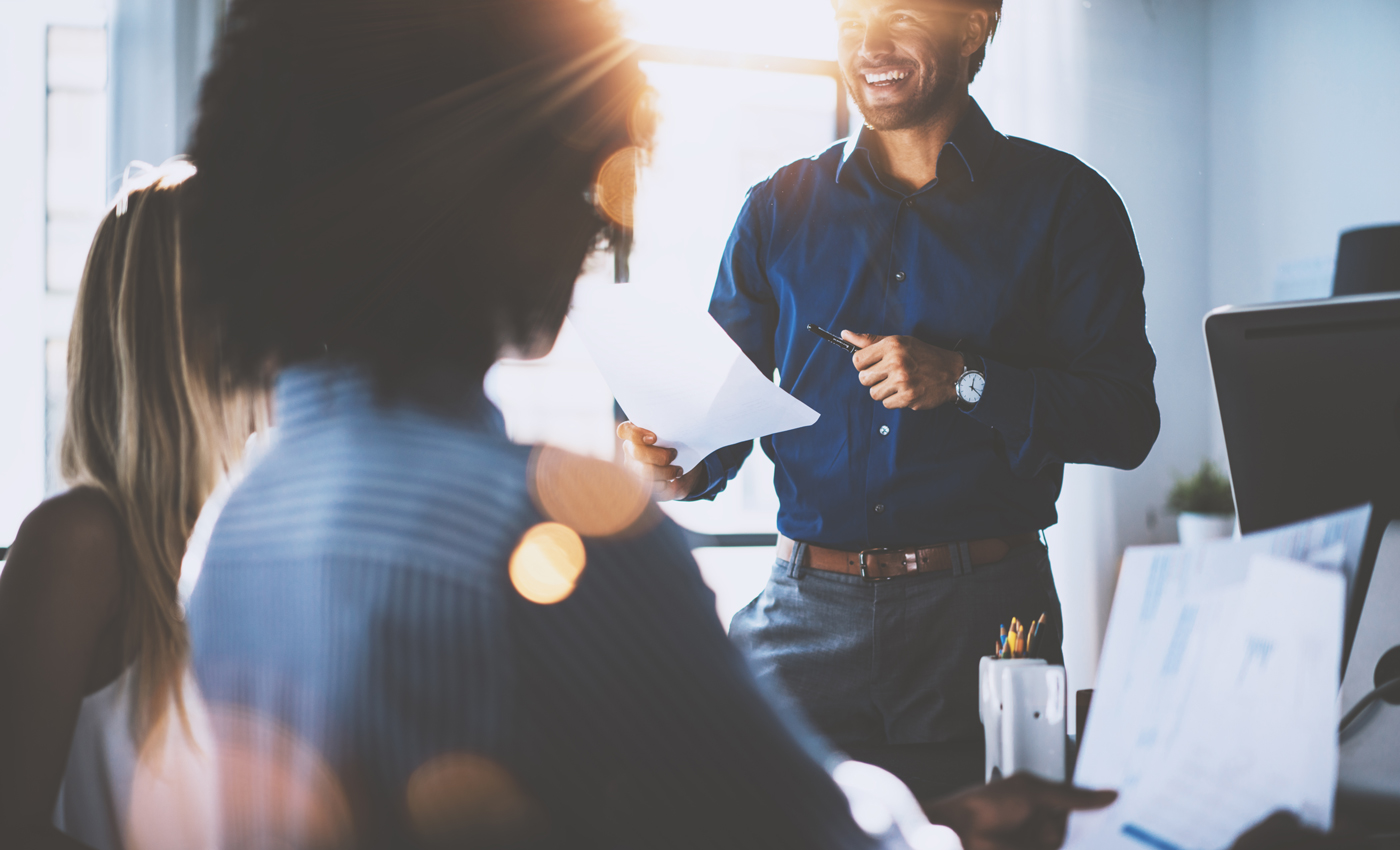 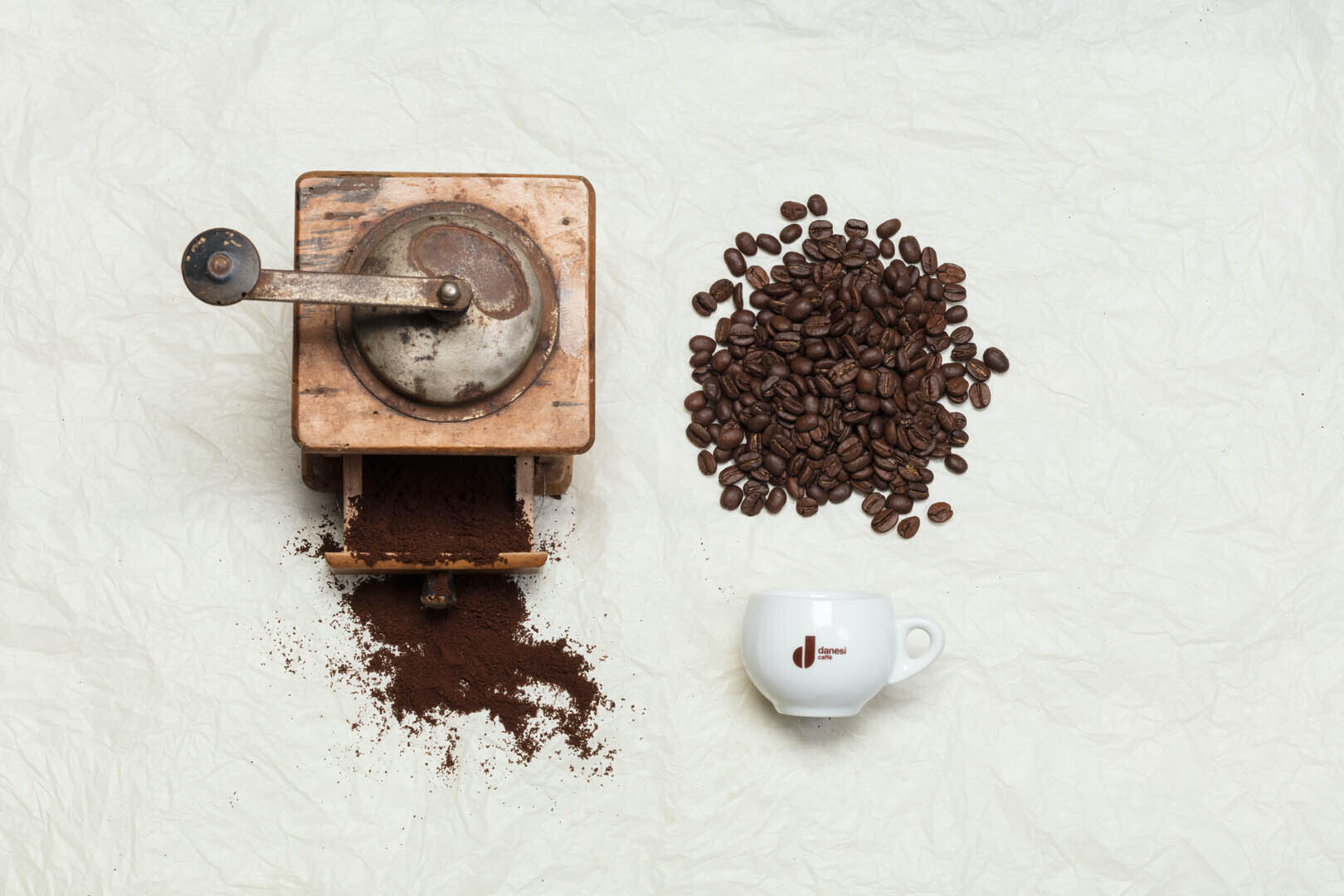 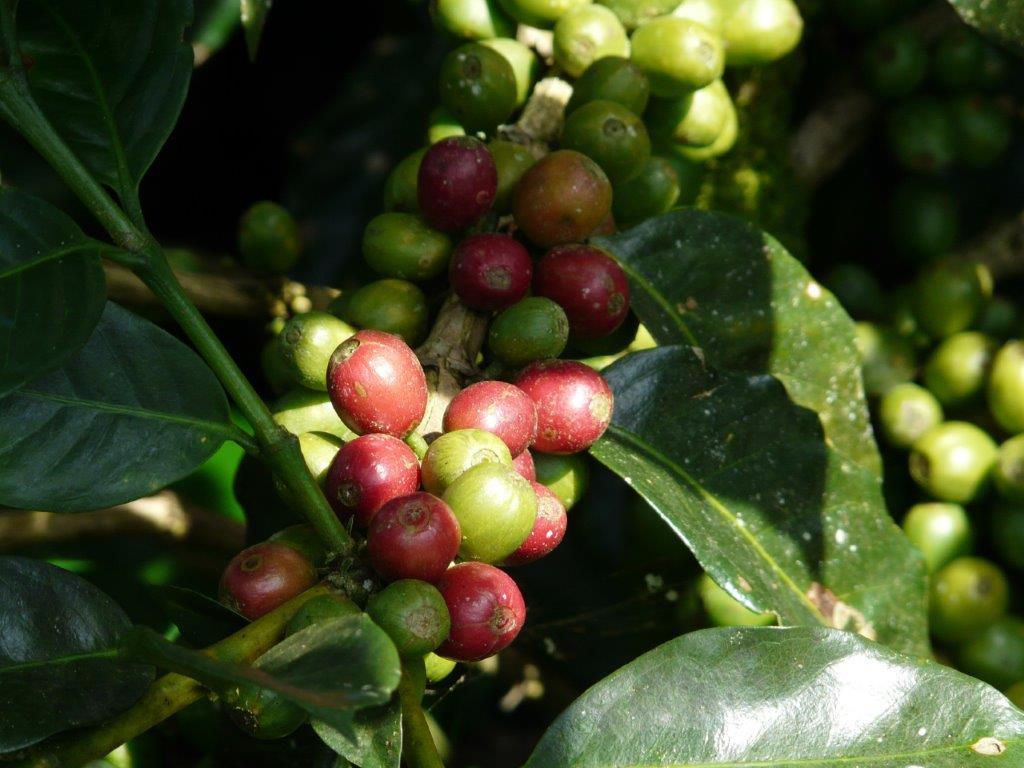 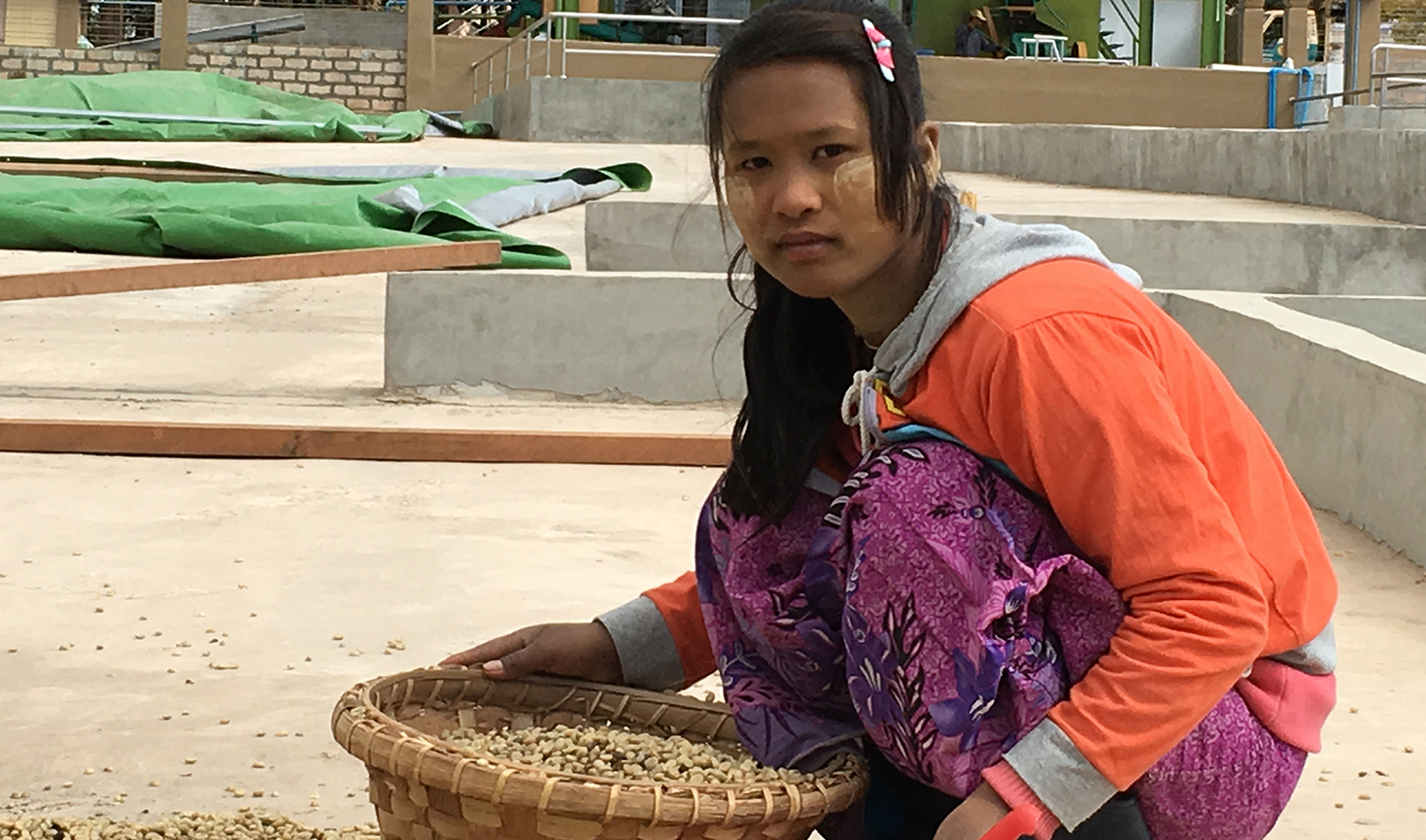 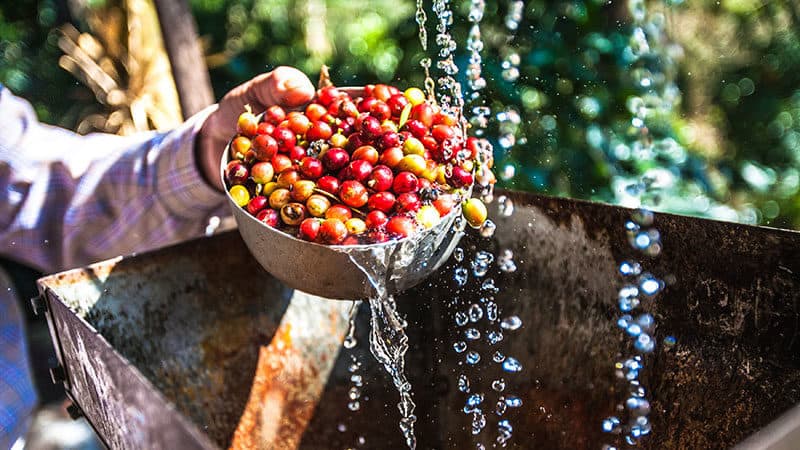 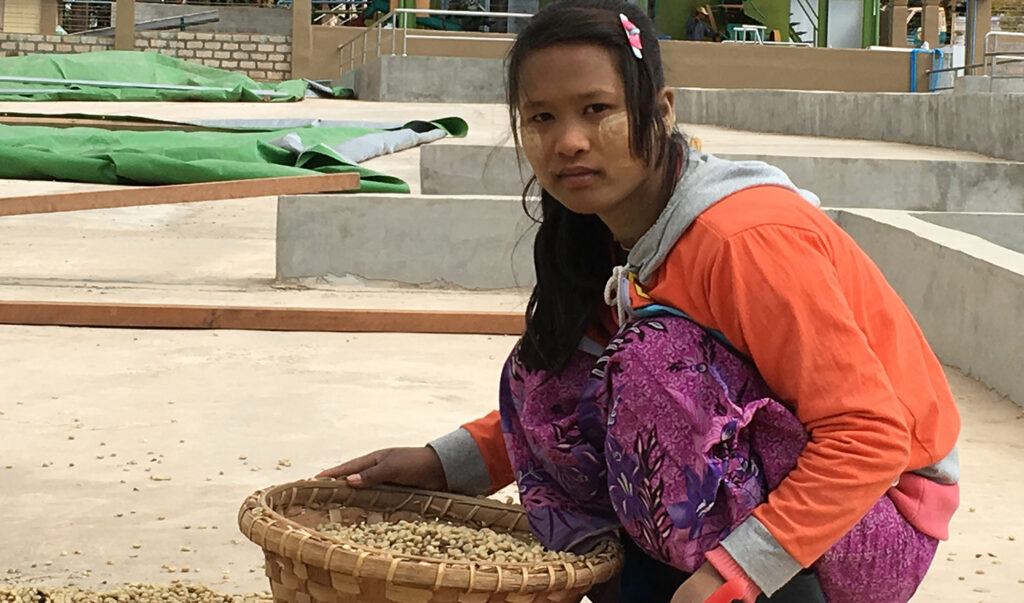 Coffee is a woman ladies and gentlemen.

This statement may seem strong, perhaps displacing a little. Someone might even think that here we want to “discuss the sex of angels”. Yet, coffee is really a woman: the female role in the world of coffee is not only fundamental, but even predominant. However, unfortunately, nobody in the coffee world is more exploited and discriminated than women.

Precisely for these reasons, the ICO announced on March 8th (a date that is clearly not random) that the theme chosen for the 2018 International Coffee Day will be “Women in Coffee”, the role of women in the coffee chain. This day, proposed for the first time in 2015 to coincide with the Milanese expo and with the Global Coffee Forum – the International Coffee Day (ICD), aims to celebrate the coffee drink all over the world, raising awareness at the same time public opinion on the issues of supply chain and promoting the organization – by both public and private subjects – of themed events.

MilanoCaffè has enthusiastically joined this initiative that will take place on Monday October 1st, adopting the proposed theme and preparing to receive numerous stakeholders, coffee lovers or simply curious, who this year will be able not only to know the fascinating world of coffee and its thousand facets, or try new blends and aromas, but also deepen a social theme with a strong emotional impact. 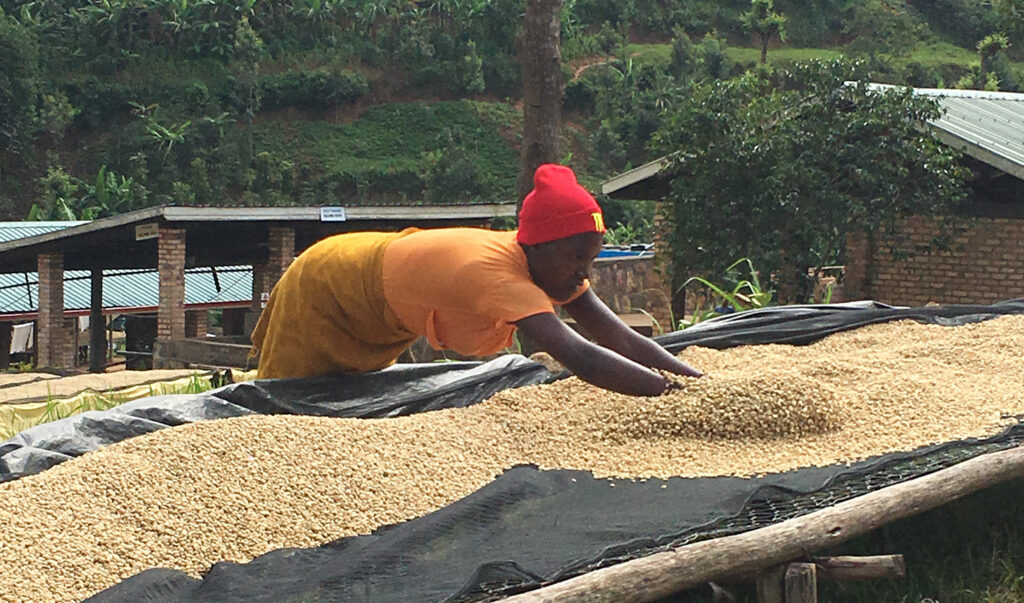 The “Women in Coffee” initiative was preceded by an international workshop organized by the IWCO, held in London on September 17th, whose purpose was to highlight the fundamental role of women in the coffee chain. Up to 70% of the workforce in the production areas is in fact female. And about 25% of the farms are run by women. Yet women enjoy far lower revenues and returns than male counterparts, due to land tenure and access to credit, technology or other services. The causes are mainly due to gender norms and cultural barriers.

Too often, in fact, women are considered workers (or entrepreneurs) of a second class, less skilled than men, or simply less deserving of remuneration and gratification as females. The social, economic and cultural tissues of many developing countries (but unfortunately, in part also of many countries of the first world) are still filled with preconceptions, sexism and gender stereotypes that damage the role of women as workers and consequently, as human beings.

The Specialty Coffee Association of America (SCAA) has produced a document entitled “A Bluperint for Gender Equality in the Coffeelands”, in which it is shown that the so-called “gender gap” in the coffee production chain can be highlighted in particular in 4 areas.

1 – Workload: women in rural communities must endure twice as much labor as men, working much longer and having to take care of both the farm and the children, as well as domestic work.

2 – Earnings: Even though women are working more, they are paid a lot less. Often they are also “invisible”, for example they are not considered for promotions, or for important roles in the administrative management of the farm.

3 – Property: despite representing 70% of the workforce, women owners or entrepreneurs are included in a figure ranging only from 5 to 15% of the total. And sometimes the law itself of certain countries does not allow a woman to own land, or provides that in the event of marriage the property automatically passes to her husband.

4 – Leadership: Women are often absent or the minority even at the political and institutional level. This means that female workers are not adequately represented and protected at a government level. 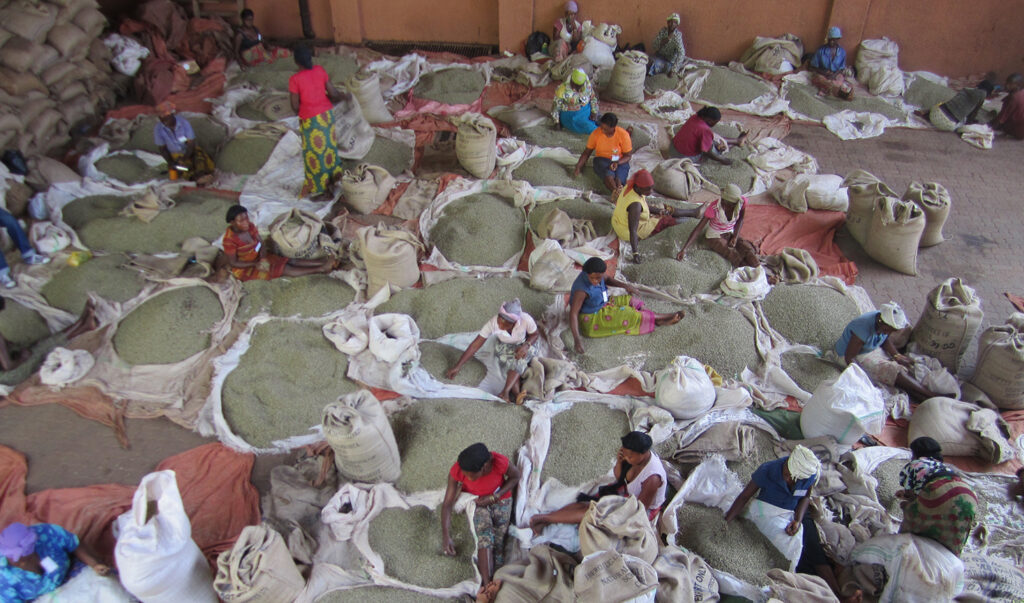 Women happy for a better world

Above all, it is a moral and humanitarian duty to improve the status of women in the coffee supply chain. Gender equality is one of the United Nations’ Millennium development goals: bridging the gap through empowerment, including in the coffee sector, is an essential priority. But beware: enhancing the role of women in the coffee chain would lead to a significant improvement … of the whole world!

It may sound like a strong statement, but that’s right. In fact, according to the FAO, the mere fact of offering to women the same access as men to resources, could lead to an increase in coffee production in developing countries of around 20 or 30%. This would improve the total agricultural production of these nations by at least 3 or 4%, which in return would reduce the number of people suffering from hunger by about 15%, between 100 and 150 million people.

Moreover, the additional gains could be reinvested in new technologies, which would lead to a new increase in production and, therefore, to a real positive circle. We could say, to paraphrase a sentence pronounced by Bill Gates during a humanitarian conference on the subject, that “Stronger coffee leads to stronger women, and stronger women lead to stronger economic and social fabric”.  In other words, improving the female working condition is convenient for everyone, including men. 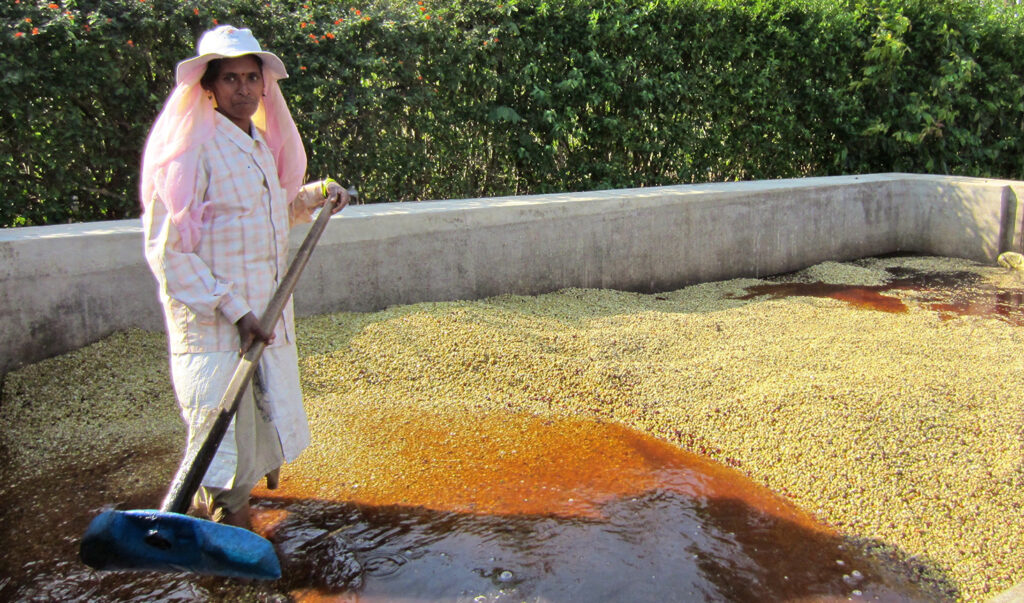 Facts and actions, not just words

The International Women Coffee Association (IWCA) has as its primary objective the recognition and strengthening of the role of women in the international coffee supply chain, to improve their standard of living and facilitate their participation at all levels of production. For these reasons the IWCA has started to develop educational programs aimed at increasing both the technical and the leadership skills of women in developing countries, also outlining partnerships and local political agreements to promote women’s access to credit and resources.

These projects are generally developed in three phases: the identification of the number and role of working women for each geographical area concerned, the identification of programs and best policies to be implemented and a continuous phase of communication and awareness of the issue. We at Danesi Caffè fully embrace these ideals and we want to make our contribution.

That’s why, through the IWCA, we started supporting the Rwandan COCAGI cooperative in Gishoma. Of about 1000 members, 267 are women, whose role and decision-making power is equal to that of men. A number not only significant and in countertendency, but which also bodes well for a better future and which can serve as a (winning) example for other communities and cooperatives. To deepen this theme, we invite you to read our article “A pink coffee”. 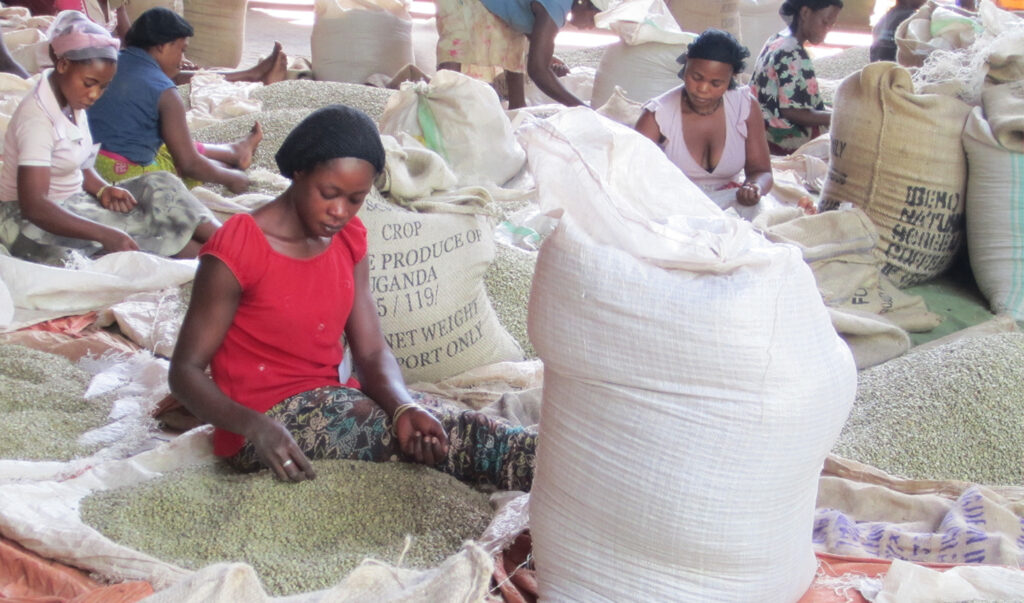 The strength of the pink color

At Danesi Caffè we are 3 sisters, 3 women, taking care of the company’s management. We know well the difficulties that a woman risks having to face daily due to stereotypes, discriminations or obtuse mentality. 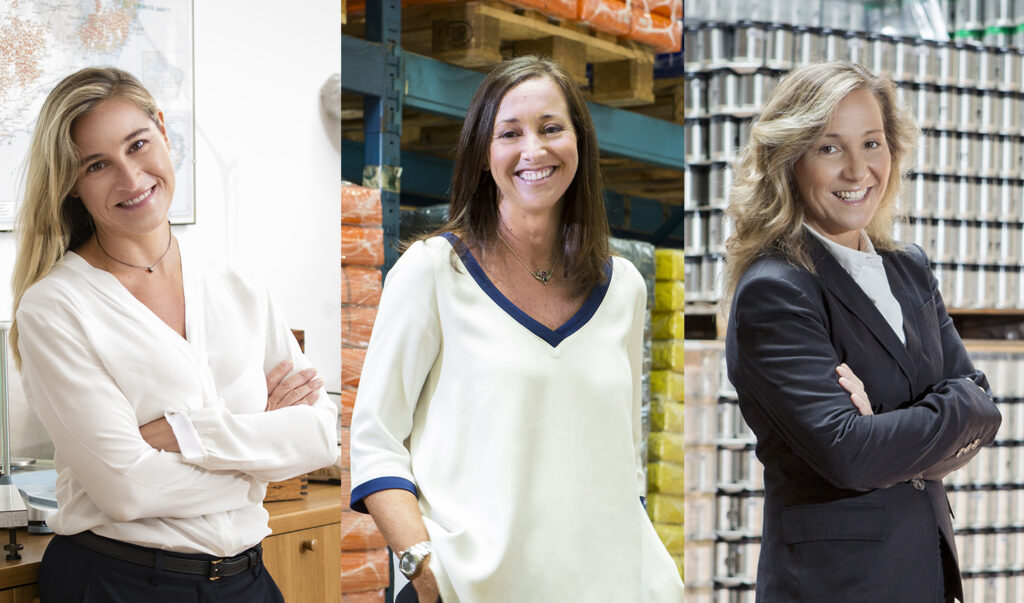 I travel frequently to visit the plantations, very often located in developing countries, I have noticed with my own eyes how the gender discrimination is in these places even stronger and more extreme, and how much this damages both the people and the local companies and economies. Luckily something is starting to change, step by step, also and above all thanks to initiatives like those of the IWCA or to awareness days like the World Coffee Day 2018.

It cannot yet be enough: we need a decisive and constant commitment and an ever greater participation on the part of the actors involved: workers, producers, politicians and international organizations. Even every consumer, however, can make his contribution. A mixture of coffee, if you allow me an easy comparison, is similar to a woman: complex, variegated, strong but delicate, with a thousand facets.

But above all, every blend contains and tells the work (often hard and underpaid) of many, many women. Respecting coffee, both when we choose it and consume it, is in some way respecting all the women who have put their hands and efforts in it. Each cup can and must be both a tribute to the female world and a commitment to a more “pink” future.

Do you agree too? Let’s meet then in Milan on October 1st, to celebrate this important day, all together! In the meantime, I leave you with some photographs, taken by me, of strong, proud and smiling women, symbol and hope for a better future. 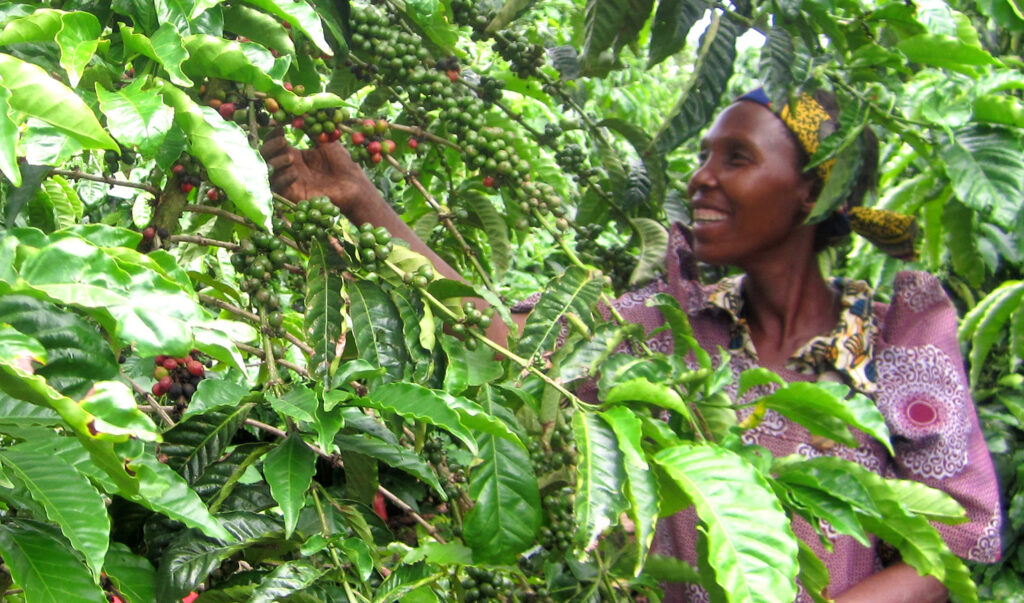 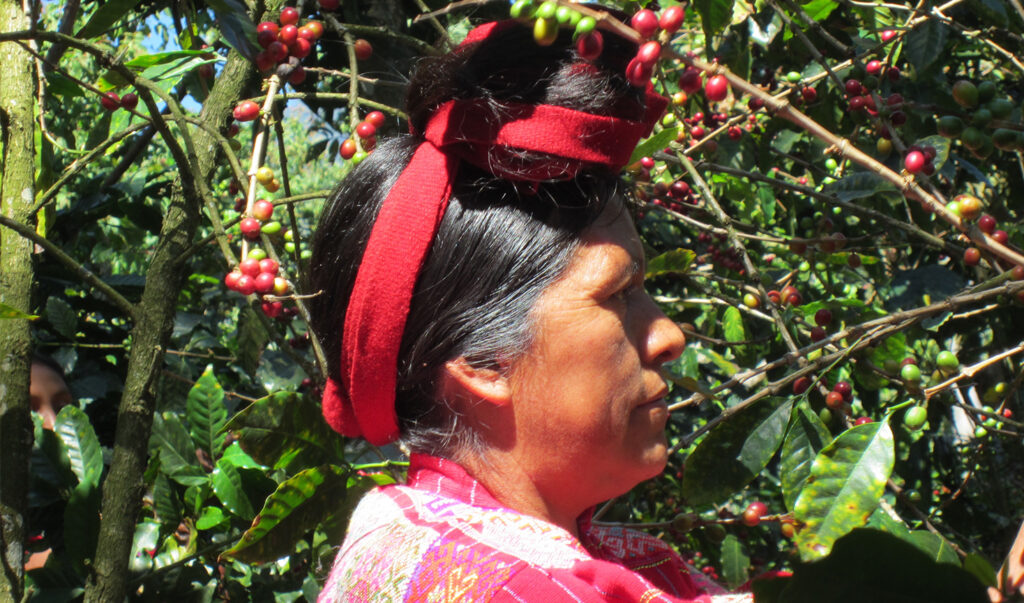 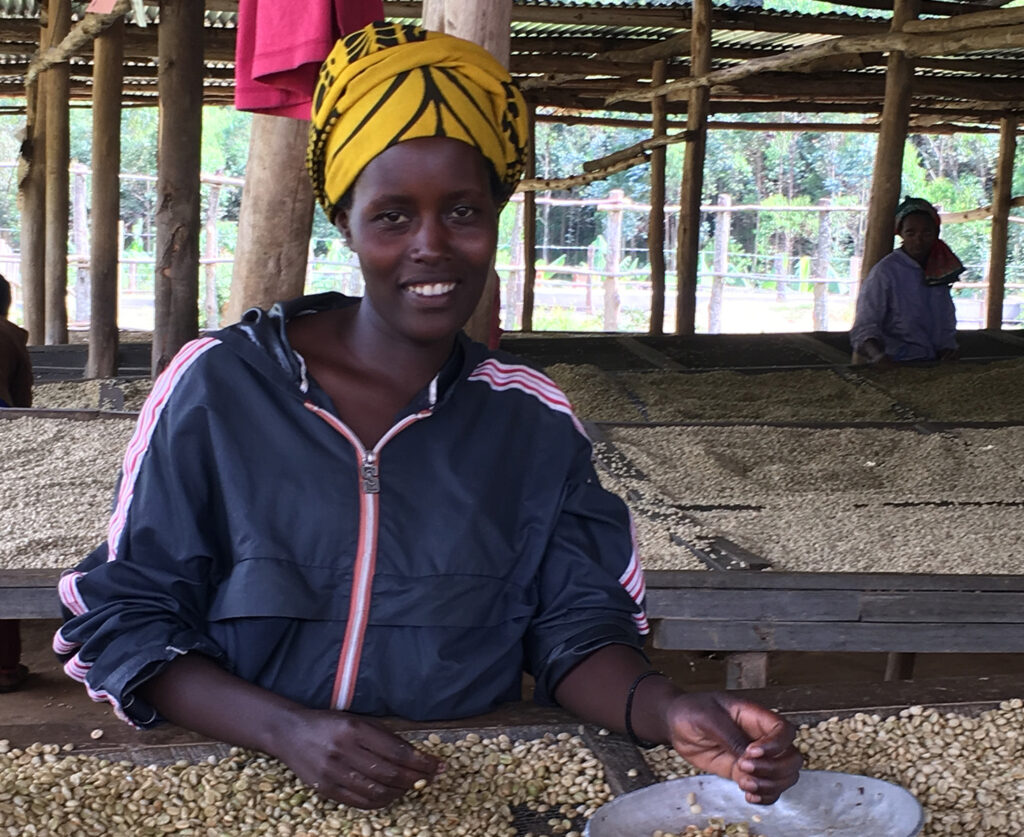 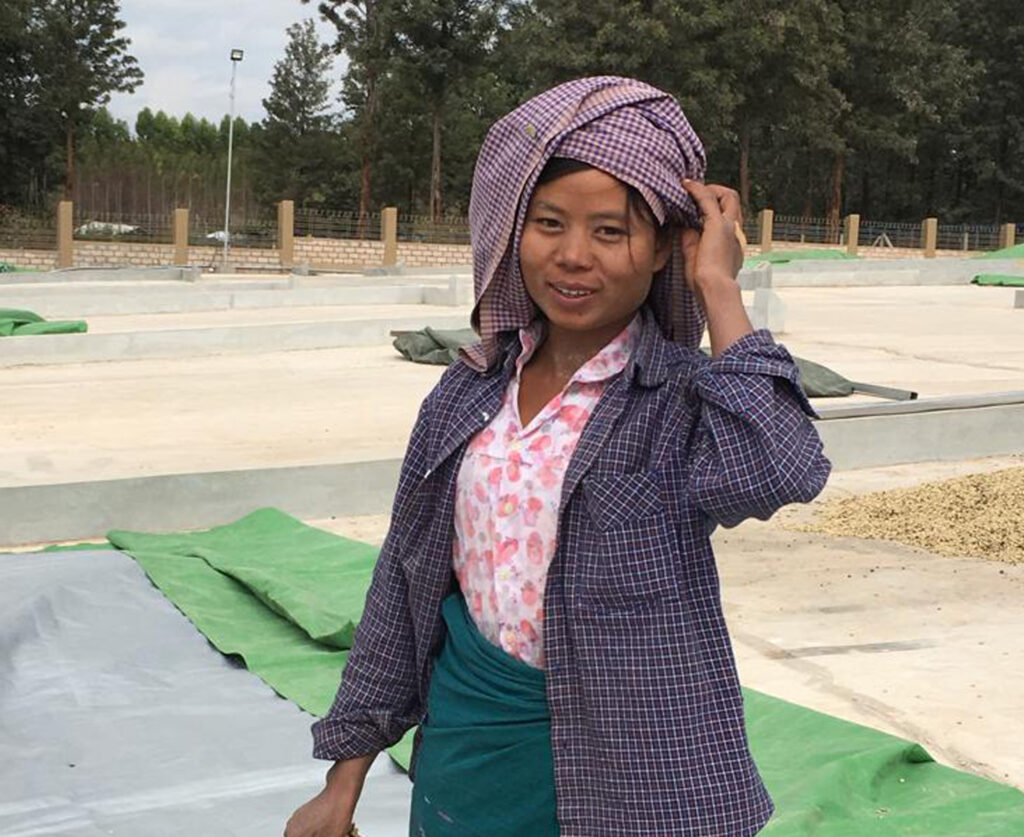 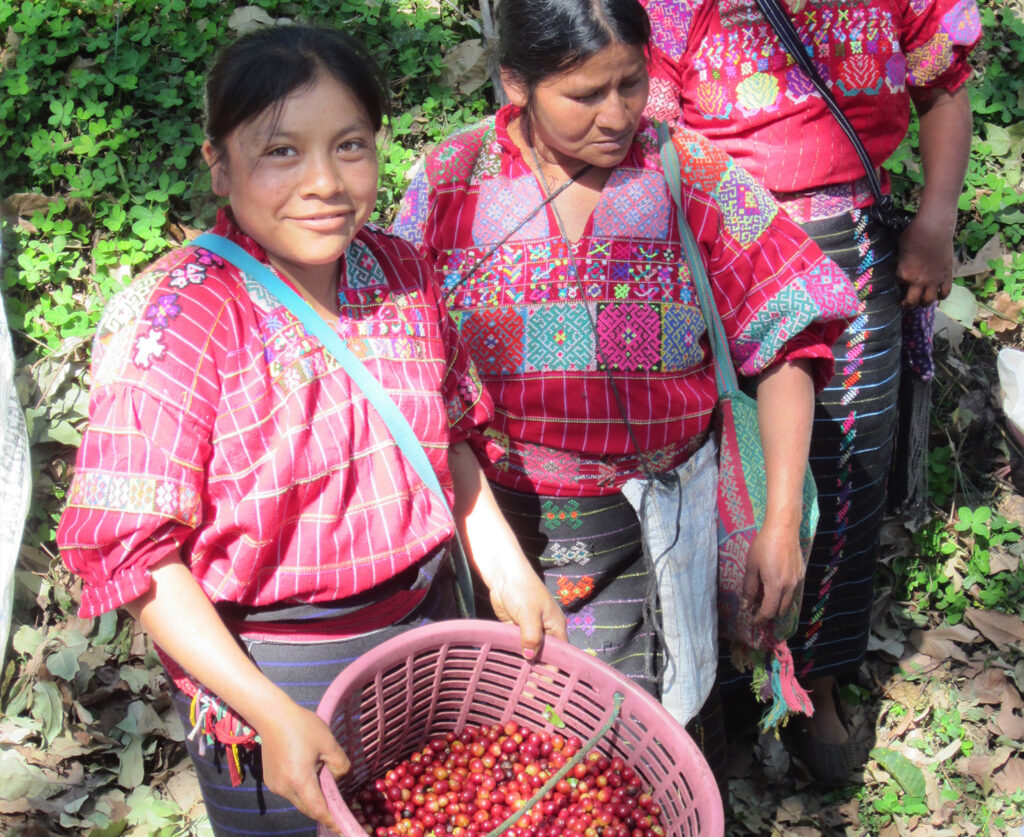 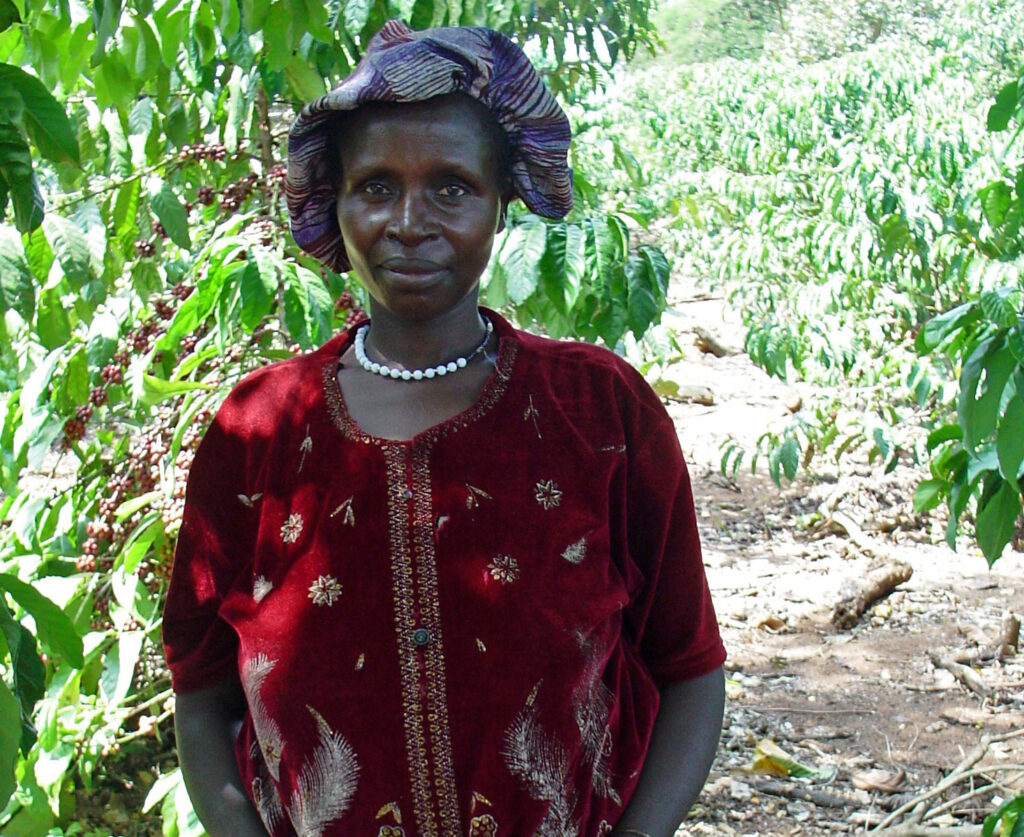 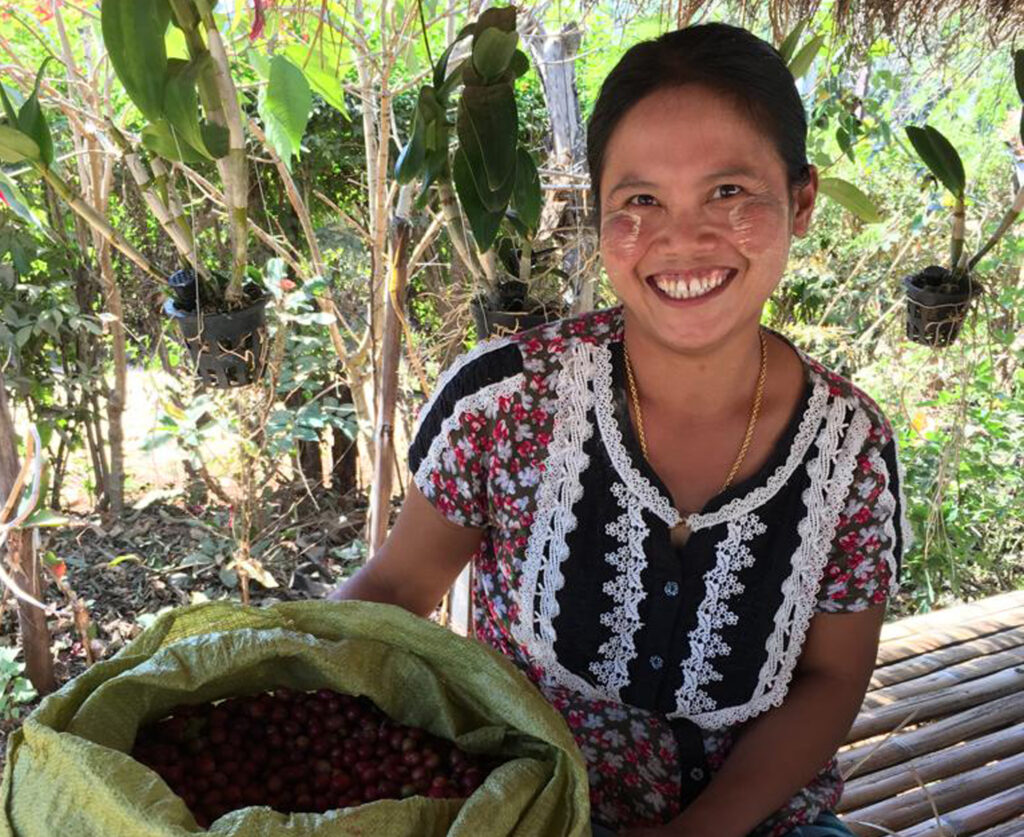